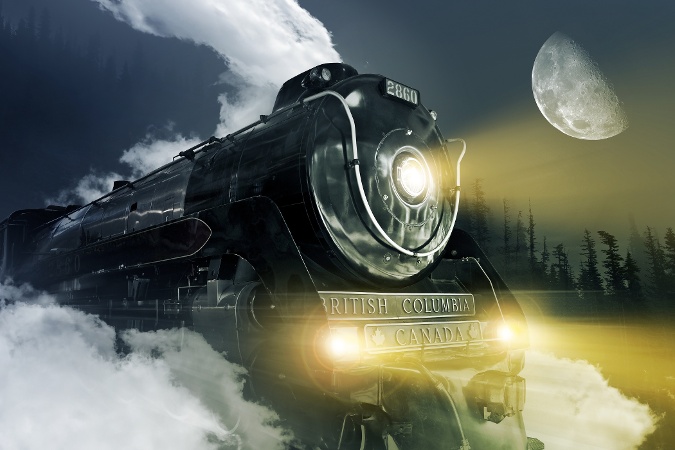 What is Change? Change is commonly described as moving from point A to point B, a change from one position to another. However, life is never still; we imagine it is because we can’t perceive the movement and conflate the limits of our perception with the limits of the world.

But let’s consider the change from point A to point B. Without any influence the natural movement would be from point A to point C, as the natural dynamic of what we are trying to influence is already present and moving towards point C. Point C is the “natural” result of the change that is taking place without our notice; it is the point where things would naturally end up if we left them to their own devices. Notice that we often confuse the status quo with the natural state of dynamic evolution we can’t perceive, or that we erroneously perceive as stability.

Let’s say we want to influence the system, and want the change to take us from point A to point B; not point C which would have been the natural progression. We call that change because… well, it’s a different place from where we would have naturally ended up. The second thing to notice is that we often call our preferred movement towards B change. The natural state of dynamic evolution we can’t perceive towards point C we view as the opposite of change, when in fact the dynamic, except for its final outcome, it’s one and the same.

Let’s assume that a biker moves from point A to point B on a bike; in order to do it, once in motion the biker can pedal faster or slower: faster/slower are changes within the range of the behavior expected to produce the final outcome of moving towards point B. This is called first-order change. An analogy would be water becoming warmer or colder; first-order change is incremental, a linear progression to do more or less, better, faster, or with greater accuracy. Practice, reinforcement, and time will be the most likely approaches for facilitating sound developmental change of this kind. Activities are tangible, usually verbal interactions between the people involved. Performance improvement, fixing things, and curing an illness are in the realm of first order change.

Something to notice here is that for the biker to continue to progress from point A to point B he needs to continue a series of other actions: balancing himself and creating an equilibrium that will allow him to cover the distance. The change – movement to point B – is happening because the biker’s equilibrium has made it possible; that is because he is engaged in a series of other actions to reach and maintain his equilibrium. So a third thing to notice is that change from A to B will happen because of the stability of his effort. Establishing the norm (stable pedaling) is what makes change happen. Change is the result of a norm being established and steadily executed. It is a change for the virtue of instating stability. This change is the one we engage in order to stay in our current state of BEING.

We are immersed in a routine in order to minimize the consumption of energy, we are set in our ways and resigned to the comfort of the natural dynamic of things, flowing towards a chosen direction. Living WITHIN the limits the system imposes limits on us, limits which might become so familiar we don’t notice them anymore. If we take action, it is to restore the equilibrium that we managed to establish in our lives and that allows us to move in the desired direction. Our freedom is deciding at what speed we get there.

In our biker example, second order change would happen if there is an obstacle on our way to point B. What would happen then? The biker would need to stop, but not to go back to point A; to the contrary, in order to figure out how to overcome the obstacle and reach point B. How does he obtain the desired change within a new range of parameters? The new condition – the obstacle – now calls for a behavioral transformation so to speak; pedaling will no longer do it, keeping the equilibrium will no longer help. In these circumstances, the work of moving from point A to point B is radically different: it entails new behaviors, new thoughts, and new feelings. He will need to switch from pedaling slower or faster (first-order change) to a new approach which entails stopping (second-order change) and finding a way to continue towards point B. A fourth thing to notice is that second-order change is about changing how we change.

If the biker starts using his bike as a lever to remove the obstacle he will have engaged in higher order change or transformation; a change to keep the change dynamic going so to speak. One that allows him to get to point B, but in a logically different way, outside the parameters of the system originally holding him captive. The creative biker finds a solution outside the logical options provided to him. This allows the access to a new level of possibility. By using creative awareness to challenge self-imposed constraints and the use of different assumptions he achieved a more creative awareness of his situation and a possible resolution.

The final lesson here based on our example is that second-order change and a new way of BEING are one and the same.

When you are orchestrating leadership at work do you want to create first order change or second order change?