Out With The Old: Leadership Unlearning Begins The Transformation 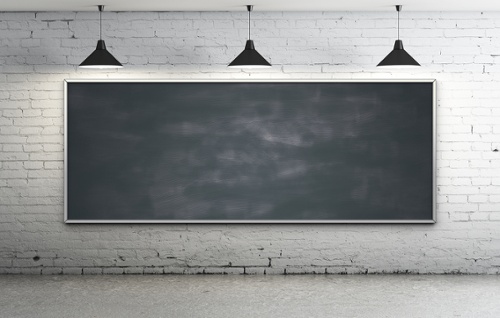 Cognitive behavioral therapy, psychotherapy and hypnosis all have a common goal. Each therapy seeks to unearth and uproot beliefs, attitudes and behaviors that are counterproductive to the client’s ability to live a healthy life or achieve stated goals. In the same vein,  leadership unlearning involves confronting beliefs, attitudes and behaviors that may have worked once but are no longer profitable. Leadership unlearning can open the gateway to implementing methods that are more productive while experiencing minimal resistance.

Resistance to change occurs when the expected outcome is incongruous with the leader’s inner vision or inner dialogue. This inner vision may have been shaped and molded by popular culture, by parental input, or by erroneous conclusions drawn from events. Take, for example, the leader who refuses to accept input from others and plunges ahead with a project, only to discover he or she really didn’t “know it all.” This same leader, then, refuses to acknowledge the error in judgment and continues down the path that demands the most work to achieve the smallest benefit. What would make a sane, intelligent individual do this? Perhaps overexposure to movies and television programming that depicts the boss as a hard-charging bulldog who plows through obstacles and drags his or her team along toward the goal. Or possibly internalizing the part of most motivational speeches that states, “you must be single-minded and move determinedly toward your goal,” but ignoring the parts that talk about making course corrections along the way and calculating risks. Or it is entirely possible that this process worked very well when the person was 6 and his or her parents warned, “You’re too little to do that” but he or she went ahead, tried and succeeded. In any event, the behavior pattern for this individual will be repeated until the person’s internal dialogue changes.

Luckily, dealing with beliefs and attitudes that no longer serve a useful purpose doesn’t demand a lot of struggle or drawn-out therapy. The “why” of the belief also doesn’t matter. What matters is changing the belief.

Attitudes or beliefs that no longer serve the individual can often be eliminated in a day, but normally require at least three weeks to unlearn. One method recommended by Dr. Maxwell Maltz in his book, Psycho-Cybernetics is to mentally rewrite conclusions using mental movies, or in his terminology, “the theater of the mind.” For example, the person dealing with a problem of procrastination may need to unlearn the idea that “I am a failure unless I do a job perfectly.” This individual is instructed to think of a time when he or she learned how to do a task better because the first few attempts failed. This changes the conclusion, “I am a failure when….” to “I have learned a new process by…..” The individual then envisions him or herself doing a task, having it not turn out as expected, analyzing the results and then redoing it using the new information and succeeding. The new conclusion leads to an entirely different set of emotions attached to starting a project. There is less resistance, because the person has redefined not succeeding the first time from “failure” to “learning and improving.”

Unlearning behavior takes a little longer, because it requires replacing an old habit pattern with a new one. With leadership training, this may entail learning new interpersonal skills and expanding the approach to problem-solving.

If you’ve been struggling to lead a team or an organization, it may be a sign that it’s time to unlearn some of the attitudes and behaviors now in play and to learn new behaviors that are more constructive.

What could you accomplish in your team if you mastered the discipline of unlearning?