No Touchy Feely Stuff! The Myth Of Rationality And My Leadership Lab 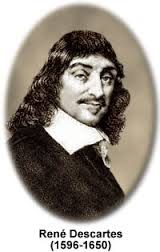 Dualism, the idea that thinking and feeling are separated, can be traced from Plato to Descartes, and from Kant to the Logical Positivists. For Plato, emotions were defects, irrational urges that needed controlling, and for Kant, emotions were regarded as an illness. Day-to-day life is permeated with expressions like, “Don’t be so emotional!” and “Let’s leave emotions out of this discussion.” In Anglo-Saxon cultures the word “passionate” is often used to mean erratic and unpredictable, even.

Guess what? Dualism has been proven false; cognition and emotions appear to be dynamic, interactive, and interdependent. Research shows that emotion and cognition jointly contribute to our mental activity and behavior. Emotions are a potential moderator of all kinds of thinking processes, from perception and attention to learning. Even if we think we are very rational and not outwardly emotional, our emotions still impact our thinking, communication, and behavior, as well as our approach to problems, new situations, and decisions. Most of these effects go on automatically and subconsciously. So our challenge is to become more aware of our emotional states and proactively manage their effects on our thinking and learning. What are the implications of these ideas for teachers and facilitators?

As a trainer, I have always dealt head-on with the expression of feelings, anxieties, and fears of incompetence in my class or in my leadership lab. However, my friend Andrea, who teaches mechanical engineering, disagrees. She comfortably and consciously embraces “the myth of rationality” of learning and is much more at ease in engaging the students in her classes “above the neck”. Like Andrea, many instructors are subject-matter experts, and indeed, they teach a subject matter where emotions have, supposedly, little or no role in the structure of knowledge itself. And like Andrea, many teachers operate within a mindset that considers the expressions of negative emotions in class as evidence of failure. But is this really true?

Even in Andrea’s classes—where a highly technical subject matter is taught—the learning process is impaired when educators rely on a theory of learning that is exclusively “above the neck”. Making emotions unmentionable— and then making this decision itself unmentionable— makes the feeling of emotions during learning a hidden process that plays a role that is never fully understood or leveraged for learning success.

What about those who think that the expression of emotions equals failure? According to the work of Schwartz, which is based on Argyris, my friend’s frame around the expression of emotions creates an unstated theory-in-action of being rational, in control, and minimizing feelings of fear, anxiety, incompetence in oneself and others. To bring those unstated core values to life, those educators will need to be seen as rational rather than touchy-feely and keep a tight lid on the expressions of emotions as if they were a can of worms. According to Schwartz, the actions in the class that will result from these strategies are predictable: “A tight control on air time,” “a strong sense of expertise on the part of the instructor,” and “defensiveness about participants’ deeper inquiry.” More worrisome is the message that an educator acting this way is implicitly communicating: “The world is predictable and logical. You need to learn. I don’t need to.”

What if we recognize the role of emotions in our teams and in our classes? What would it be possible then as far as collaboration, learning or engagement?