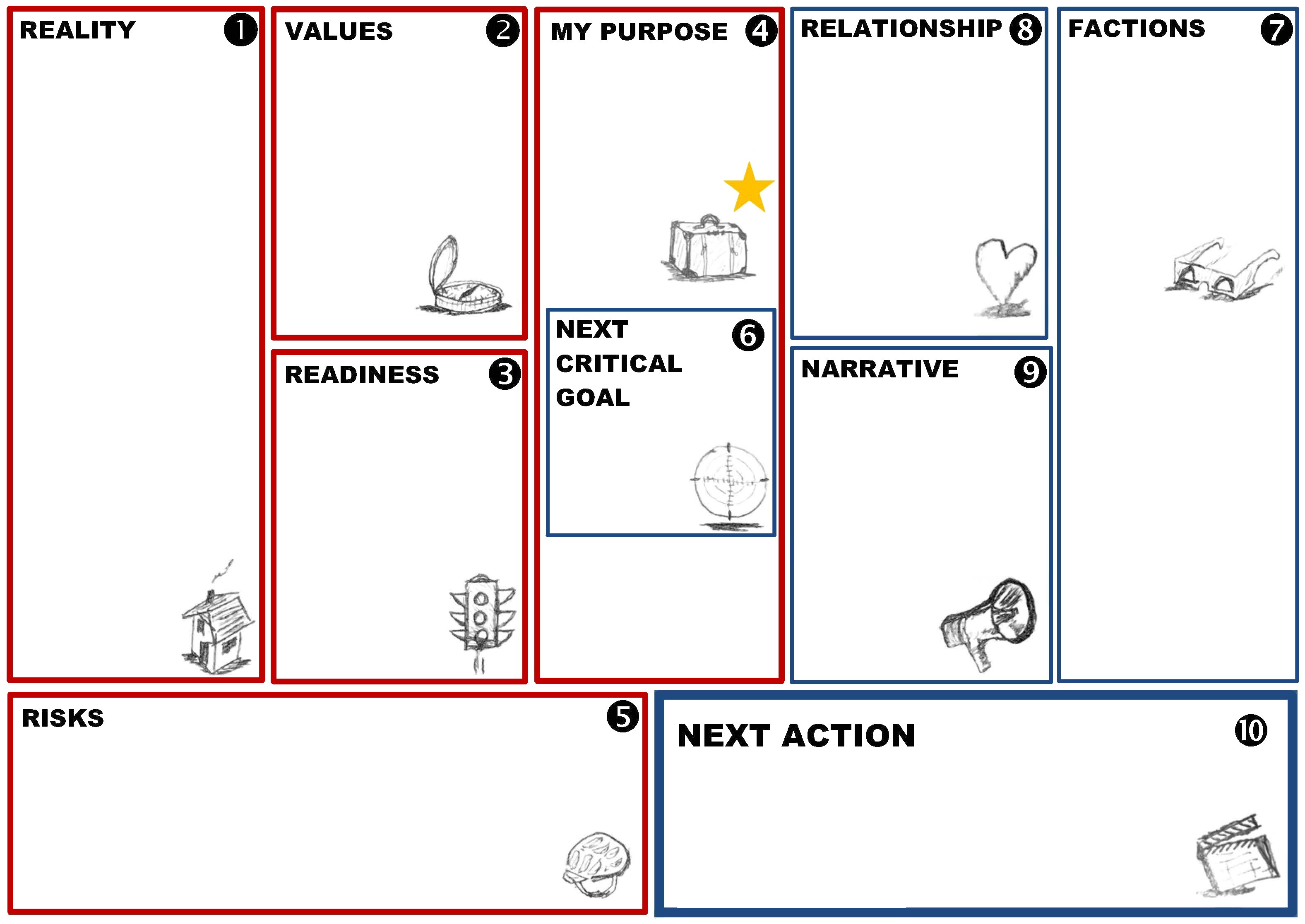 The Change Canvas is a 1-page template powered by the powerful insights about change of the Adaptive Leadership framework and the participative and user-friendly ways of Design Thinking Methodologies.

Like a canvas on which to paint, the Change Canvas allows change-makers to explain their idea for change to other people whom they want to involve in their initiative. Like on a canvas, they can paint an existing change and make it tangible and easier to understand.

The Change Canvas assumes that the work of change requires:

Print on a large paper to use it with your team.

Fill each box by answering the questions you can see in the Instructions.

Get the Change Canvas in PDF