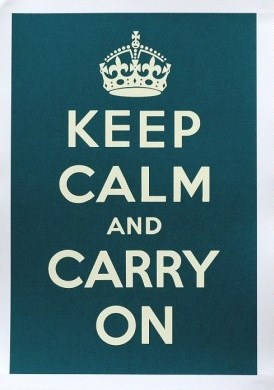 Let’s say you have a great group. Maybe you didn’t get to handpick all of the members, but each has something valuable to bring to the table.  Everyone understands the objectives, directives and expectations. They’re comfortable with the time limits, seem to be glad to be involved with the project, respect you, and get along with each other.

As you may already know, when any group comes together for the first time, members unconsciously start to form relationships by figuring out who thinks alike and will have the same position in regard to achieving the objectives of the group. You’ve probably witnessed subtle power struggles; especially among the male members of a team.

Aside from the obvious pitfalls that threaten your group dynamics, there are two that might surprise you:

Laughter. “No way!” you say. Laughter is good for the group; it relaxes folks, breaks up tension, and encourages camaraderie. Laughter is good, right? The truth is that in group dynamics, laughter isn’t always a laughing matter. Humor is good for a group, and members with good senses of humor are assets. But laughter can be used as a powerful tool to intimidate and alienate individuals. A sarcastic response by one group member regarding a suggestion by another, can and will trigger laughter within the group. If the sarcasm is administered by a skilled antagonist, the remark will appear harmless and even humorous at the time. But, chances are that the team member making the suggestion will be less likely to fully engage with the group in the future.  Repeated instances of laughter at the expense of team members, will serve to further distance the more introverted or sensitive members of the group, resulting in less than optimal group productivity.

Cohesiveness.  Every group leader dreams of a superbly cohesive group, so how can a group that’s united and focused ever be a bad thing? One would think that having a highly cohesive group would help the group accomplish their goals and make good decisions. However, research shows that cohesiveness encourages individuals to want to fit in, making them more likely to conform to the opinions of the majority, and therefore less likely to contribute original or alternative suggestions and responses. When this is the case, cohesion can negatively impact the group’s decision making and results in groupthink. According to an article titled “Group Dynamics in Janis’s Theory of Groupthink: Backward and Forward,” by Clark McCauley, groupthink occurs as a result of strong, imposing, directive leadership, shared social and ideological backgrounds of team members, and the lack of outside influences on the group.

Managing group dynamics is hard enough without being sucker punched by surprise elements. How can help creating productive, engaged teams expertly equipped to deliver the results you want might benefit you?