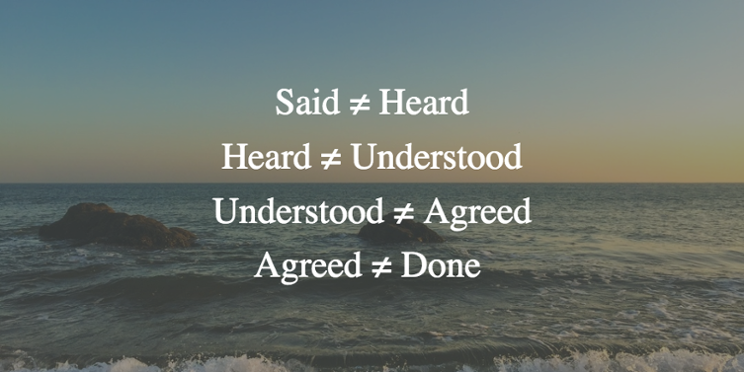 We tend to overestimate the impact of what we say on people because we assume that what we say:

Leon Festinger’s theory of cognitive dissonance focuses on how humans strive for internal consistency. An individual who experiences inconsistency, or dissonance, tends to become psychologically uncomfortable and is motivated to try to reduce this dissonance as well as to actively avoid situations and information likely to increase it.

Experiential learning requires both facilitators and learners to courageously engage with disconfirmatory data and develop a stomach for ambiguity. Embracing a spirit of inquiry and holding your own position lightly can help.

The label “rational” and the argument in favor of rationality is being used illogically. Economists — even the behavioral kind — often misapply it, ignoring Shakespeare’s wisdom that applying rationality to every human interaction and endeavor, such as learning or teaching, leads to unwanted consequences. Using relational rationality offers a better chance for success. Learning is a complex process that involves both cognitive and emotional work.

Experiential learning requires both facilitators and learners to accept the feelings that arise during the learning process. Emotions, especially the fear of loss, are evidence that deep learning is taking place. The key is to create conditions that make managing emotions easier for facilitators and participants.

When we immerse ourselves in the process of learning and assume a beginner’s mind — or one that is open to learning rather than focused on trying to look smart — we face a conflict between what we know to be true and what appears in our experience to be true, often in a form of a disorienting dilemma. In these terms, all learning is relearning, an attempt to deal successfully with conflicting ideas.

Such learning is best facilitated by a process that draws out and makes explicit, through reflective work, the learners’ beliefs and ideas about a topic so they can be examined, tested and integrated with new, more refined ideas. This is not possible without the ability to deal with conflict without irritable reach or extensive frustration, without hiding the differences, and with the ability to continue to function in their presence — which, as we know, is not always easy.

Ultimately conflict, differences and disagreement drive the learning process, as in the process of learning one is called upon to move back and forth between opposing viewpoints and ideas while using different modes of reflection, action, feeling and thinking.

Experiential learning requires both facilitators and learners to understand their own stance on conflict in order to use that understanding when conflict arise within themselves or in a class. Creating conditions that make managing conflict of ideas in the class not only acceptable but also required might help. Making a clear distinction between cognitive conflict (between ideas) and personal conflict (between people) is critical. One is welcome and helpful for progress, and the other is ineffective and unproductive for learning.

What would be possible in your classes if you were able to avoid those deceipts?