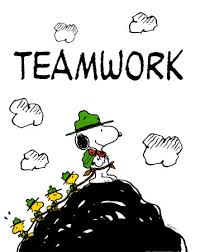 Conventional scholarly models on teamwork tightly link causes and effects. As a result we often approach solving teamwork problems by looking for a recipe, where we can use certain ingredients and key elements to bake a better cake will do the trick. But the reality is that improving teamwork skills rests not so much on spectacular problem solving but on day-to-day possibility thinking. Groups can effectively chart their own courses away from being problem-solved to death to a more realistic approach that involves more simple fine-tuning and the creation of new conditions.

“A pilot landing an aircraft could fly the airplane down and continuously adjust heading, sink rate, and airspeed with the objective of arriving at the runway threshold just above stall speed. Or she could get the aircraft stabilized on approach while still far from the field, making small corrections as needed to heading, power, or aircraft configuration to keep the plane “in the groove.”

This second way of acting represents a more effective way to think about improving teamwork skills.  To be stabilized on approach is to have basic conditions established so that the natural course of events leads to the desired outcome. In this example, the outcome is a good landing.”

How does this same way of thinking apply to improving teamwork skills?

Hackman has identified these three conditions as process criteria of effectiveness. They are not the ultimate test of how well a group has performed, but they turn out to be very helful both for assessing how a group is doing as it proceeds with its work and for diagnosing the nature of the problem if things are not going well.

You can ask, for example, whether a group is having difficulties because of an effort problem, a talent problem, or a strategy problem, and then target remedial interventions on the appropriate features of the group’s structure or context. And it will be the team and the leaders’ responsibility to change whatever is not working in the three areas.

Condition 1: THE EFFORT-  The degree by which the team makes an  effort to get the task accomplished at an acceptable level of performance. Energizing and promoting collective effort is accomplished in part with a compelling direction or shared vision, a good design for the team given its task, and a clear reward system (tangible or intangible).

Condition 2: THE SKILLS/KNOWLEDGE –  The degree by which the team bring adequate knowledge and skills to bear on the work. Ensuring the team has the skills and knowledge is accomplished by engaging the right talents, mixing it up in the team artfully, and bringing in educational resources when they are needed.

Condition 3: THE PERFORMANCE STRATEGY –  The degree by which team members employ task performance strategies that are appropriate to the work and to the setting in which it is being performed.  For example if the work requires creative problem solving an effective performance strategy would be trying to involve several people in it with different perspectives rather than only people with the same mindset. This would ensure that the mean is coherent with the final purpose of the work together (I see in my work so many teams using always the same performance strategy irregrdless of the kind of work: like employing always the same meeting process no matter how different the purpose of the meeting).

Which “right” mix of the the three elements of team effectiveness would give you a dramatic increase in your team results?